Knowing Antarctica is not an everyday thing. The “white continent” dazzles at the ends of the earth.

Exploring the fauna and passing in front of icebergs, glaciers and fjords, in the comfort of the boat, is an experience as unusual as it is unforgettable.

On board exploration vessels (60 to 80 passengers) impressive landscapes are crossed, in trips that can last from 10 to 15 days , and that transport to the past, the time in which the first explorers crossed seas and oceans towards the unknown.

The 8 highlights of an Antarctic cruise: 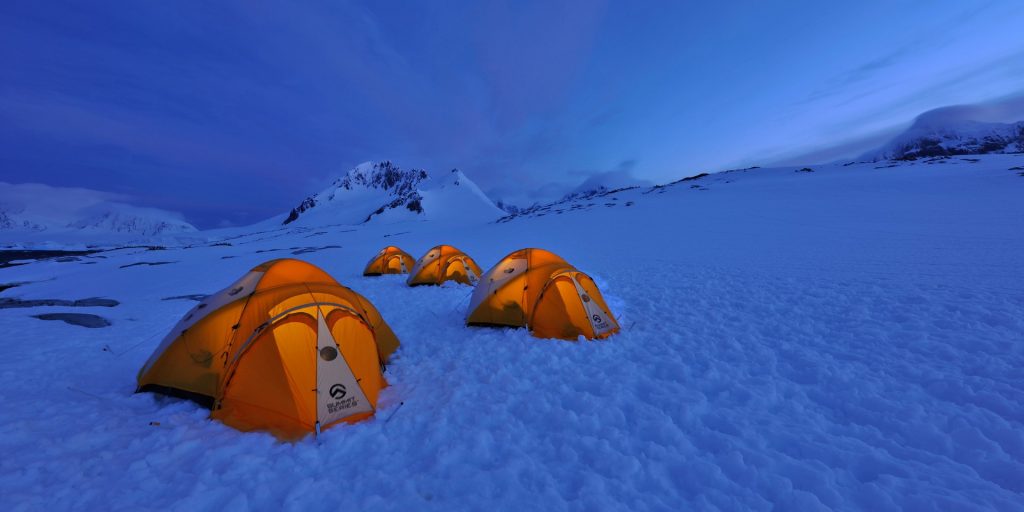 How to get to Antarctica 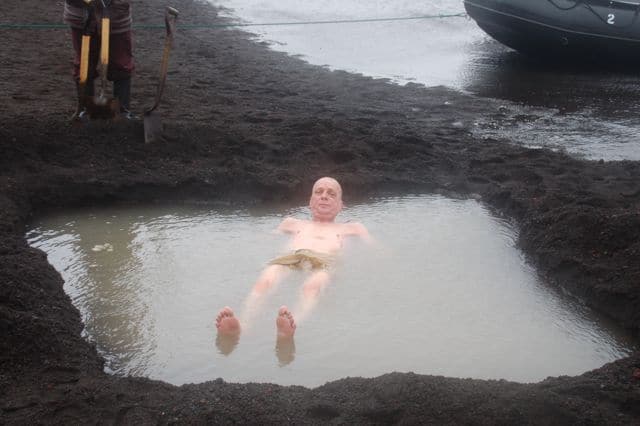 The 5 craziest experiences you can have in Antarctica 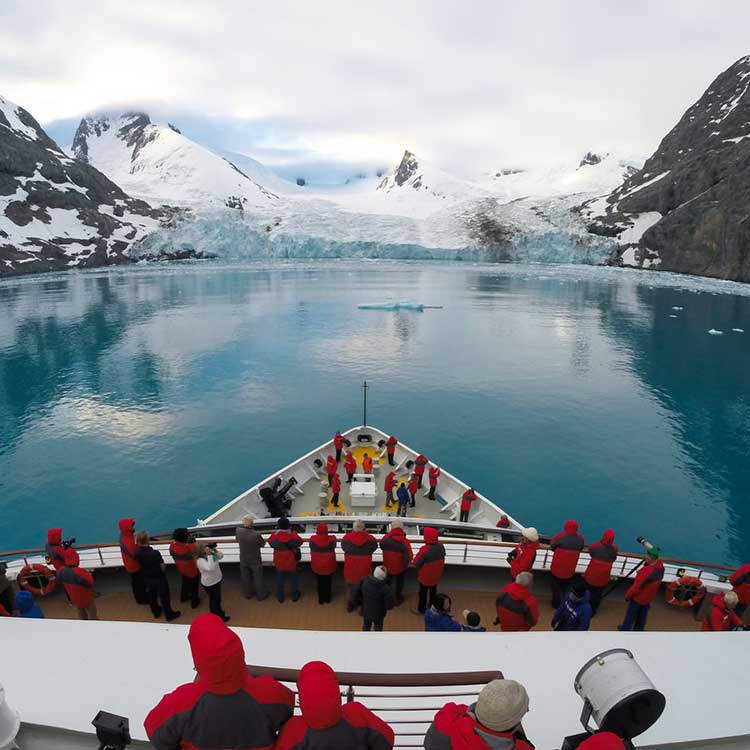 The 5 places you have to visit in Antarctica 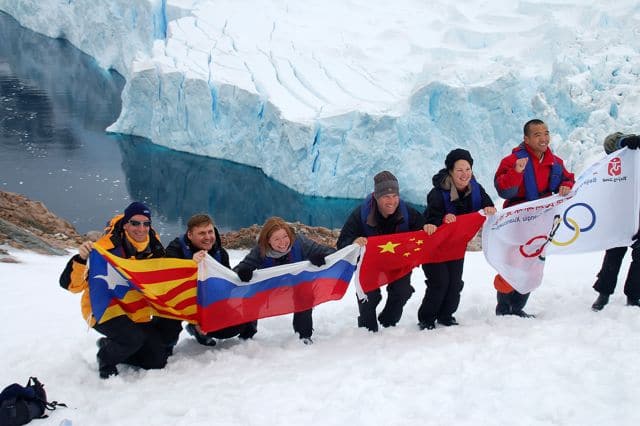 Tourism in Antarctica: how to travel to Antarctica 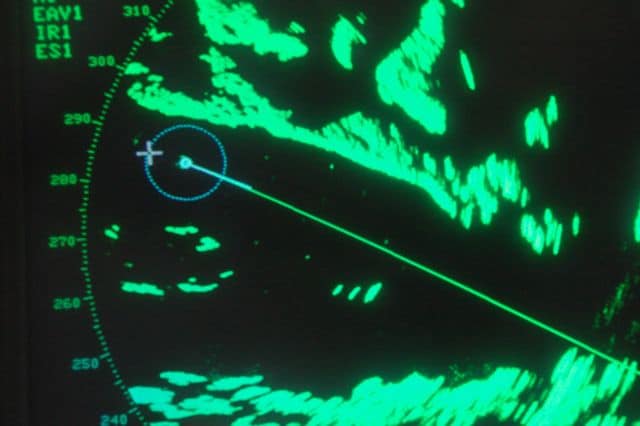 How much does it cost to travel to Antarctica 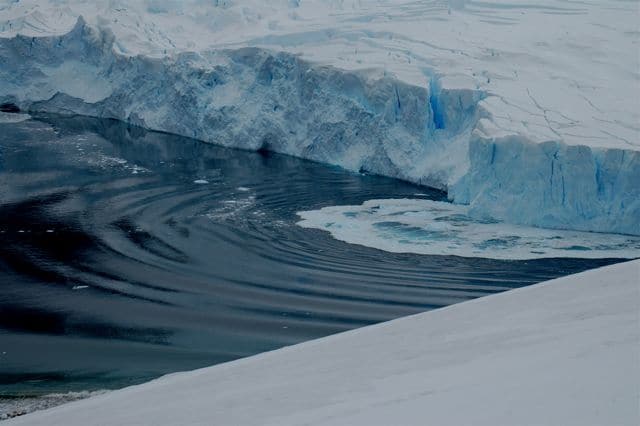 When is the best time to travel to Antarctica

Ushuaia is the gateway to Antarctica.

From there, the southernmost city in Argentina, cruises to Antarctica depart. The trip from Ushuaia to the Antarctic continent lasts about 48 hours (1,000 kilometers to travel).

The journey is usually busy, the boat can get to “roll” about 20 to 25 degrees maximum. Therefore it is recommended to take medication against seasickness.

Those two days of crossing will be used by the crew to give them informative talks about the Antarctic continent, its fauna and main characteristics.

Rules to keep in mind on your trip to Antarctica

There are certain rules that you must take into account and you will be informed during the period of the crossing from Ushuaia to Antarctica.

Travel season to Antarctica from Ushuaia

Difference of traveling in January or March

It is difficult to predict which is the best season, and you will find a lot of difference in the prices of the cabins for the different months of the year.

Take into account that the wind and the disposition of the ice is what commands in the day to day in an expedition to Antarctica.

Regarding light: in January you can have almost 20 hours of light and in March the days are already beginning to shorten.

Another factor to take into account is the penguin colonies that begin to migrate between March and April.

So if you visit the penguins in December and January, you will find them more populated and full of juveniles that have already been born.

Taking into account all these factors, In Patagonline we advise to make the trip in the middle season that includes the months of October / November and March / April.

An old legend tells that when the Panama Canal did not yet exist and the interoceanic crossing could only be carried out through Cape Horn.

The climate and the seas were so difficult that the sailors who broke through it were worthy of an ear ring as a hoop.

Activities once in Antarctica

Visiting the penguin colony in Port Lockroy or the Deception Island hot springs are some of the possible adventures experienced in the Antarctic Peninsula.

They are planned at most 2 landings (excursions) to the mainland per day and they depend mainly on the prevailing wind at the time of going down to the continent.

Antarctica has winds of the so-called arrachados, which if they reach more than 40 knots make it very difficult to operate with the zodiacs that take you to land.

The captain is always responsible for authorizing the landings.

What is the temperature in Antarctica?

Trips to Antarctica take place during the austral summer in the southern hemisphere from October to April.

Average temperatures are usually between -5 and +5 degrees Celsius but the constant wind in the area reduces the thermal sensation considerably.

For example, if you are on the deck of the MV Ushuaia during its navigation you can feel a thermal sensation of up to -30 degrees.

During the landings that do not last for more than 2 hours you will be exposed to low temperatures so you have to wear the right clothes for such a trip.

Clothes for my trip to Antarctica

Our advice is to bring Clothing similar to what you wear when you go skiing. In layers that you can alleviate or intensify depending on the prevailing cold at the time.

In case you do not have all the necessary material for your trip, you can rent it in Ushuaia.

In order to travel to Antarctica, you are asked to carry travel insurance that covers evacuation if necessary from Antarctica to Ushuaia.

These evacuations can be done by helicopter or boat and can cost up to $ 100,000. That is why it is important to make sure that your travel insurance covers it or else hire an extra one for this trip.

Choosing your cabin inside the boat is very important.

Not only for a matter of price and comforts but also because, for example, the cheapest are the ones that move the least during the journey from Ushuaia to Antarctica, because they are the ones that are closest to the axis of rotation of the ship.

Take advantage of our tips for choosing your Cabin.

The Fauna you’ll find in Antarctica

At the South Pole, the number of animal species is limited, but each one is represented in abundance, so the effect of seeing them is spectacular.

The enormous number of whales that inhabit the surrounding oceans, the six different specimens of seals and the twelve birds, are a paradise for both nature lovers and photographers.

For me the most admired are the Adelie and Emperor penguins, who live on the ice floes and the oceans around Antarctica, and dazzle with their Chaplinesque gait.

Although I have to confess that one morning I woke up to the sound of a Minke whale meters from my cabin and it was one of the most incredible moments of the trip.

In Port Lockroy and other areas of Antarctica, you will come into contact with the penguins that populate these frozen lands. From the deck of the cruise ship or on an excursion, you will be able to appreciate the Adelie penguin and the Emperor, among other species.

THE PRESENCE OF WHALES

Undoubtedly, throughout the 10 or 15 days that the cruise lasts, the whales will capture your attention to the point of fascinating you. In Antarctica, these marine mammals abound, so keep your camera handy to photograph specimens of the blue whale, humpback, sperm whales and killer whales.

OTHER BEAUTIES OF ANTARCTIC FAUNA

During your cruise to Antarctica, you will also see various species of elephant seals, sea leopards and unique seabirds, such as terns, skuas, Antarctic pigeons, albatrosses and petrels. Be amazed by the fauna of Antarctica.

It is the most emblematic expedition to Antarctica, it starts from the Port of Ushuaia.
The first days are of intense navigation, you have to cross the Drake passage where the ship usually moves a lot, if you are susceptible to dizziness we strongly recommend that you take medication to alleviate them. During these 2 days of crossing, you will take advantage of informative talks about what will be seen later in the Antarctic Peninsula and its neighboring islands.

On the third day you will surely wake up in the Antarctic Peninsula ready to start your adventure. From then on it will be 5 days visiting Penguin colonies, scientific bases, crossing the strait I looked at you, visiting Deception Island. And other places.

Keep in mind that the itinerary will be defined day by day depending on the weather conditions and the availability of ice at the time of planning expeditions to land.

After the Weddel Sea. You will visit the Antarctic Peninsula, South Shetland Islands and the Weddell Sea

Expedition cruise departing in January in the direction of the Antarctic Peninsula, the South Shetland Islands and the Weddell Sea

The Weddel Sea is known for being the polar region where Explorer Shackleton’s ill-fated expedition took place.
After Amindsen and Scott had already reached the South Pole, Shackleton planned an expedition to cross Antarctica from the Weddell Sea to the Ross Sea via the South Pole. The expedition was ultimately a failure but it ended up being one of the most spectacular stories in polar exploration.

Their ship got stuck in the ice and eventually sank. The crew slowly marched to Elephant Island in the South Shetland Islands. With no hope of rescue, Shackleton was determined to seek help from South Georgia. After a long journey, he managed to rescue the 22 men abandoned in the
South Shetland Islands.
This expedition travels through these emblematic places for Antarctic history as well as the destinations already mentioned in the Classic Antarctic Expedition.

Antarctica expedition cruise with the South Georgia Islands, including the Falkland Islands (Malvinas)

The Georgia Islands have spectacular landscapes and exceptional fauna. The mountain ranges offer incredible scenery and there are protected valleys with melt streams, tussock grasslands and glacial moraines that allow a close-up of the wildlife of the place.

In the Arctic Ocean you can explore Greenland, Iceland and Sptisbergen, these expeditions have similarities with Antarctica.
They are also carried out in medium draft boats that allow you to navigate through Icebergs and access channels and corners of difficult access in Greenland.
One of the great differences is that they do not need a long journey like in Antarctica to reach the attractive areas.